Press Freedom: A Vehicle for Information as Public Good 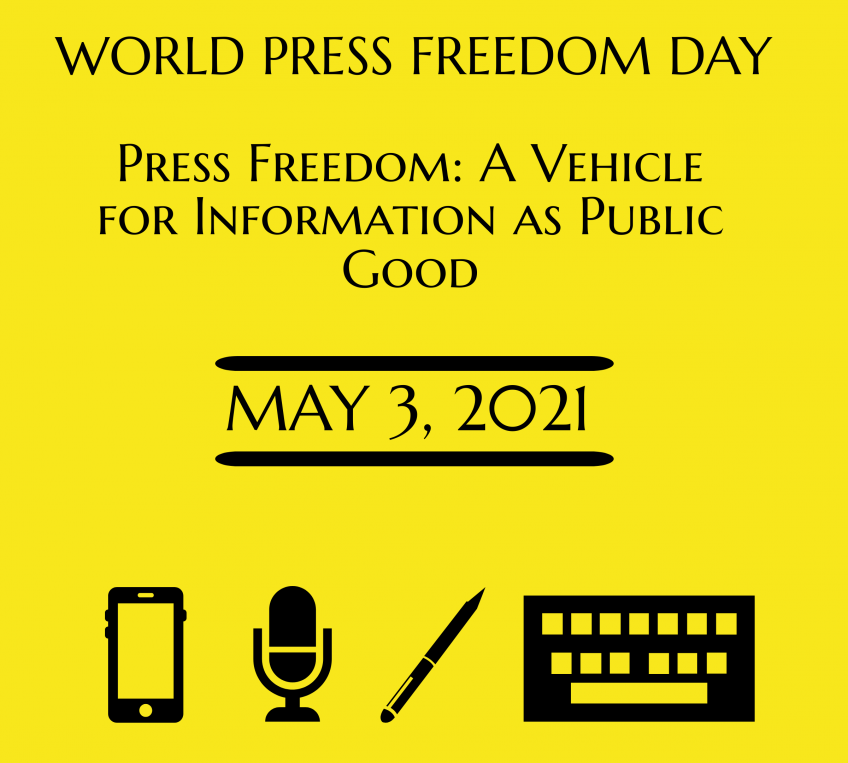 On Press Freedom Day 2021, it is unfortunate to note that the media landscape in Pakistan is under siege, with journalists and new media practitioners living in a constant state of fear, self censorship and facing hostile laws compromising the freedom of press in the country.

The world is living through a raging pandemic, causing havoc in people's social, economic and professional lives. Pakistan is equally affected as many other countries, however, disinformation and fake news is rife around the pandemic further undermining socio-economic well-being of the citizens.

Bytes for All believes that a lot more is desired from the state authorities, internet corporations and media houses to curtail disinformation and bring to the people ‘’information as public good’’, which is also the theme of this year’s World Press Freedom Day.

In Pakistan, while mainstream media... 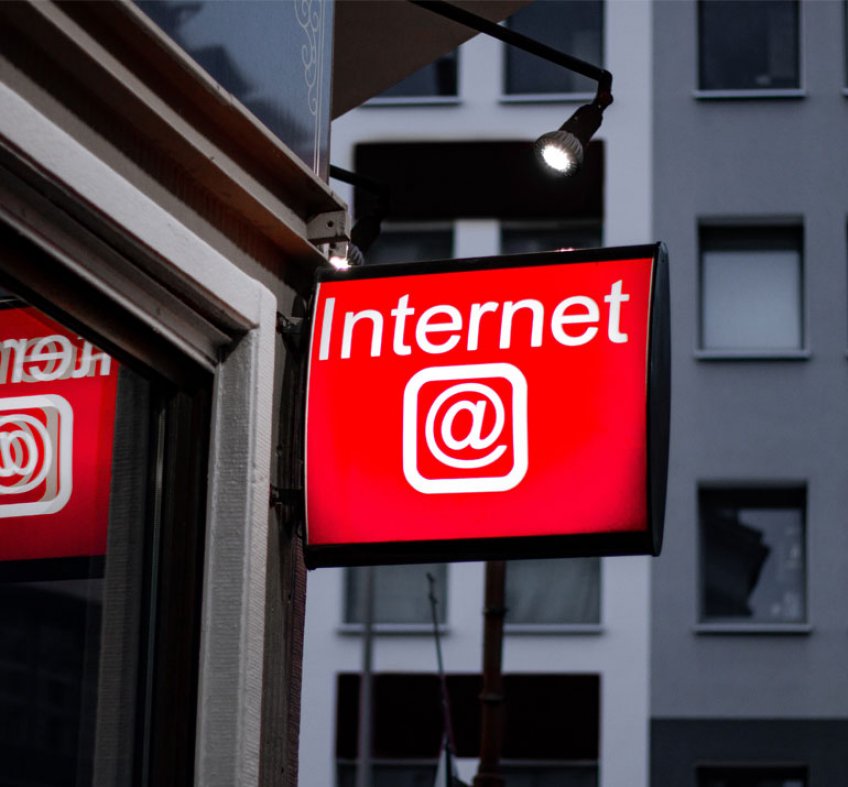 Islamabad, April 30, 2021: Pakistan ranks in the bottom quartile of the Inclusive Internet Index 2021 , i.e. second lowest in Asia and lowest in South Asia regions. The index provides a rigorous benchmark of national-level internet inclusion in 120 countries, that cover almost 96 percent of the world’s population, across four categories i.e. Availability, Affordability, Relevance and Readiness. Unfortunately, Pakistan stands at 90th position in the ranking among the listed 120 countries from all over the world.

Bytes for All welcomes the overall work carried out by Inclusive Internet Index , however, expresses its deep concern over the deteriorating ranking of Pakistan in providing affordable, quality and real access of Internet to its citizens.

Current difficult times, when countries are battling with a horrific pandemic, Internet and...

Bytes For All condemns Social media suspension across Pakistan 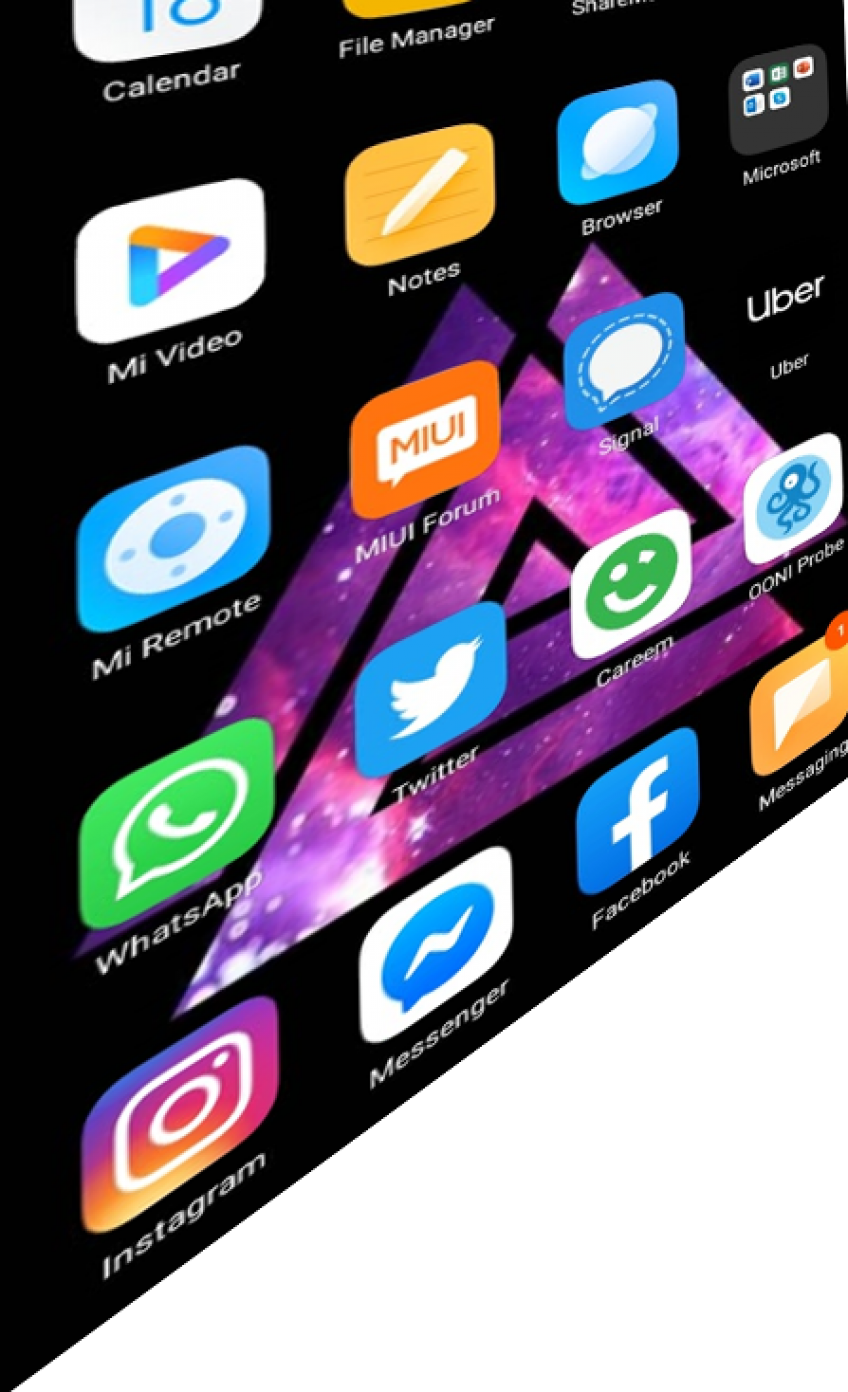 Islamabad, April 16, 2021: Bytes For All strongly condemns the arbitrary suspension of various social media platforms in Pakistan on Friday. As per a notification by the Pakistan Telecommunication Authority (PTA), on the directions of the Ministry of Interior, Twitter, Facebook, YouTube, WhatsApp and Telegram are being blocked during 11am to 3pm to counter the protests from the members and allies of religious group.

Bytes For All believes that blocking and filtering the internet is not a real solution ‘to maintain public order and safety’. Pakistan is a democracy and it is only the rule of law that enables safe and secure environment for public life. We are also concerned that media censorship and internet blocking of the protests is setting dangerous trend for flourishing democratic principles in the country. 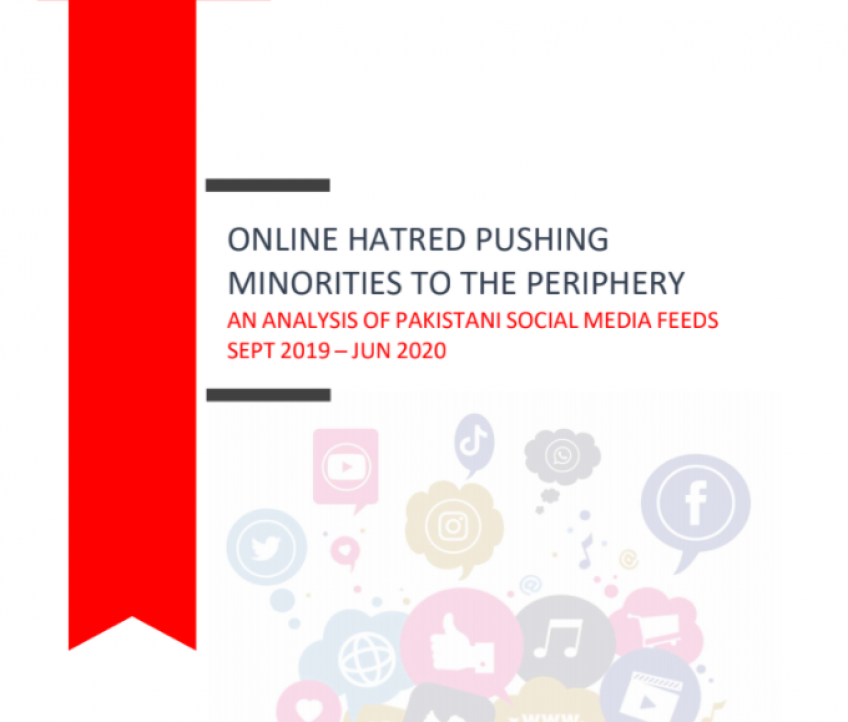 Islamabad, (29 Mar 2021): Online hatred aiming the minority faiths in Pakistan has been pushing them to the periphery of the society; and creating impediments to contribute fearlessly and productively in the socio-economic development of a pluralistic society.

Bytes for All (B4A), Pakistan’s annual hate speech report 2020 has been launched today in a webinar titled “Online and Offline Hate Speech”. The event was simultaneously webcast on Facebook Page “I Don’t Forward hate”. The report presents the detailed analyses of Twitter and Facebook conversations spreading dangerous messages against faith-based minorities in the country.

The report specifically presents the status of the implementation of points No. 5 and 14 of the National Action Plan (NAP) and reflects upon the areas needing immediate attention of the relevant stakeholder in order to avoid any unrest in the...

I Don’t Forward Hate: An online campaign to promote diversity and pluralism in Pakistan 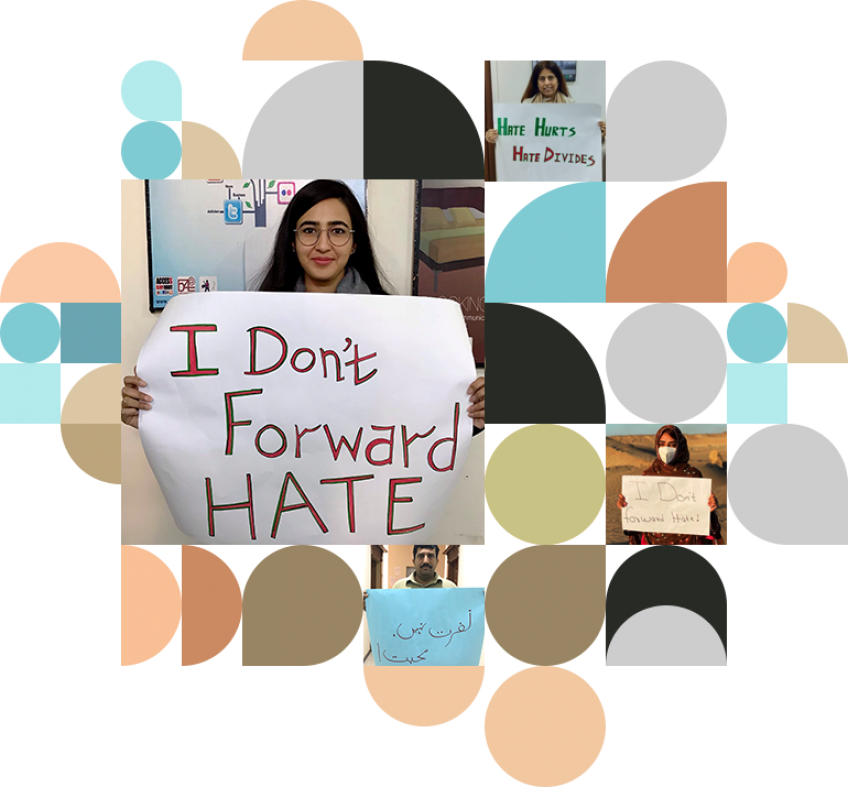 Islamabad, (January 27, 2021): Bytes for All (B4A) in association with like-minded civil society organizations has launched an online campaign to push back the menace of hate and incitement to violence, in an effort to support the government of Pakistan’s cause of discouraging hate speech both online and offline and bridge the divisiveness in society.

Hate speech and incitement to violence in Pakistan has been disrupting the peace of our society since decades, initially was limited to offline spaces; however, has polluted the online spaces in current times. In fact, the impacts of hate speech in online spaces are far pervasive than offline with severe real-life consequences, such as violence and terrorism.

The government of Pakistan in its National Action Plan in 2014 expressed its firm resolve to fight the issue of hate speech and abusive behaviors on social...

Islamabad, (15 December, 2020): Bytes for All is shocked to observe the disturbing online trends, targeting women of political families of Pakistan, which have recently circulated over social media. The development of such unbefitting and inappropriate trends, targeting families of political parties, on social media platforms, such as Twitter, have raised serious concerns about blurring boundaries of human rights, where freedom of speech of one overlaps with the human dignity of another.

The Scope of Privacy Commission in Pakistan: B4A Report 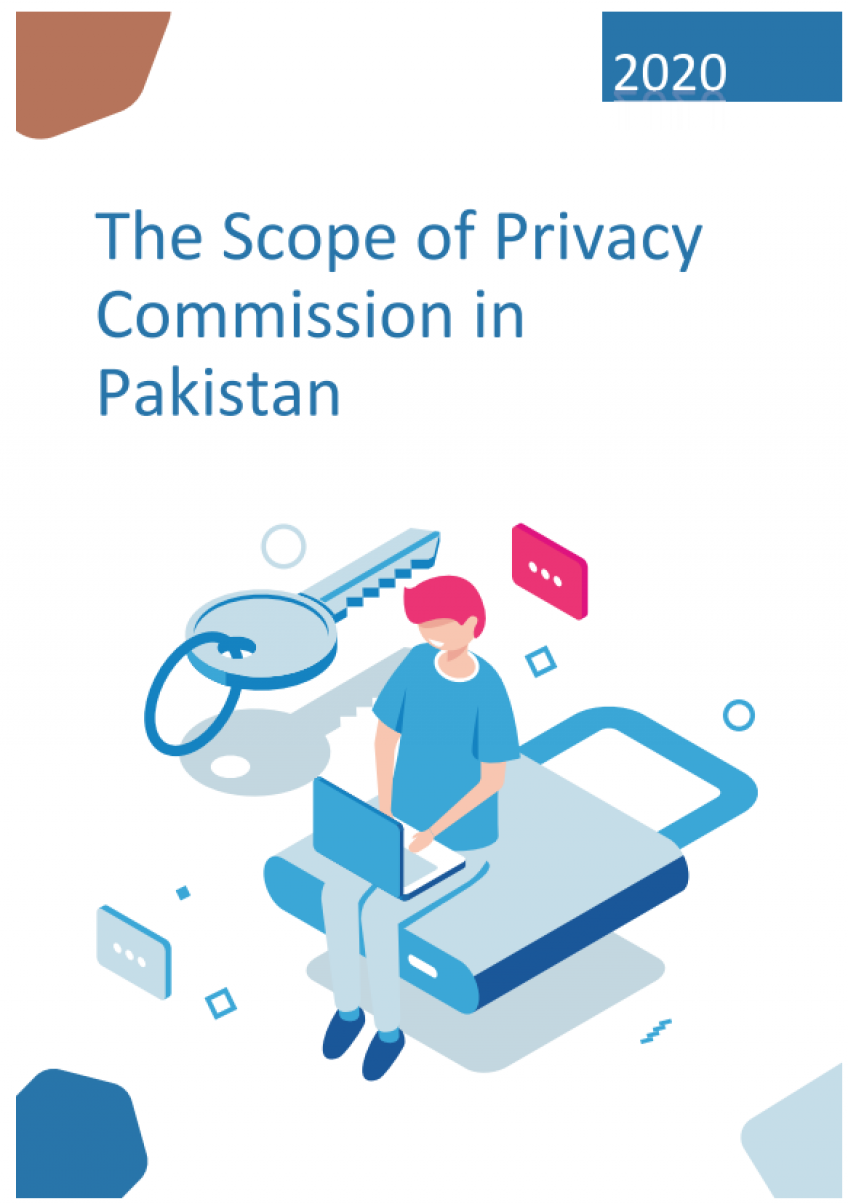 Islamabad, (October 21, 2020): An independent and autonomous Privacy Commission – without any political or executive influence – is essential for protection of citizen’s digital data and redressal for the privacy related violations. The constitution of a commission for the safeguarding fundamental rights, including the right to privacy must be in line with the guidelines of the Paris Principles.

Bytes for All (B4A) has released a report regarding the scope of a privacy commission in Pakistan. The report features the cases of different privacy commissions from Asia region, their structures, functioning and powers vested with them. It also analyses whether these models can be replicated in Pakistan for the establishment of a commission for data protection.

The report observed that data controllers and processors of personal data do not invest a lot of money in...